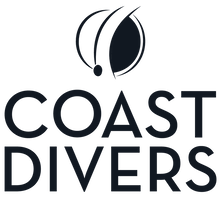 Kaeden dove for Cypress College in 2012, previous to that, he dove for a local Southern California diving club. Kaeden has been the diving coach for Marina High School, since 2011. He coached diving at Cerritos College from 2014-2016, and co-founded H.B. Divers in 2014. At Marina, Kaeden has had huge success with 5 varsity Sunset League Championships, and 3 J/V Sunset League Championships. In 2015, he was named Marina's "Coach of the Year." He has also taken divers to CIF in 8 of his 9 years coaching at Marina. At Cerritos College in the 2016 season, Kaeden trained the top 3 South Coast Conference female divers, and was awarded the "South Coast Conference Diving Coach of The Year Award." Kaeden started serving as the diving coach at Whittier College, a 4 year division 3 school in 2016. During his first year, Kaeden coached divers to NCAA D3 regionals, NCAA Nationals, as well as breaking the 25 year old 1 and 3 meter records.

In March of 2018, Kaeden took over as the diving coach for Orange Coast College, in Costa Mesa California. In his first year, Kaeden helped to lead the Orange Coast College swim and dive team, to a state championship. In his second year, Kaeden led one of the male divers to a 6th place finish on 1 meter in the state meet. Kaeden has a M.S. degree in Psychology, and is working on his teaching credential in Health Science.​

In December of 2020, Kaeden took over as the diving coach at Pepperdine University in Malibu CA, and helped lead the Division 1 swimmers and divers to a second place finish in the PCSC in April of 2021.

In August of 2021, after a successful one season at Pepperdine, Kaeden left the D1 institution for a teaching job with Santa Ana Unified, and to concentrate on the continued success of Coast Divers, Orange Coast College, and to coach the Huntington Beach Union High School District schools.

Chris Boyd (Assistant JO, Novice, and Lessons Coach)
Chris has been helping out with H.B. Divers since 2015. He is a former diver and coach for University of Nevada, Las Vegas, as well as the former head coach of another local Southern California diving club.
​
Emme Sideris (Lessons Coach)
Emme is a previous Coast Diver, as well as one of the top divers to come out of Ocean View High Scho.ol. She is currently attending Golden West College and hopes to become a teacher.

Rae Isralsky (Novice Coach)
Rae dove for Orange Coast College from 2012-2014. Previous to that, she was in competitive gymnastics for 8 years. In her last year at OCC, she was the 3-meter state champion and awarded Women’s Diver of the Year. From OCC, she transferred to Grand Canyon University where she continued her diving career from 2014-2016. Rae has her B.S. degree in Psychology and currently works in Student Support at Los Alamitos High School.